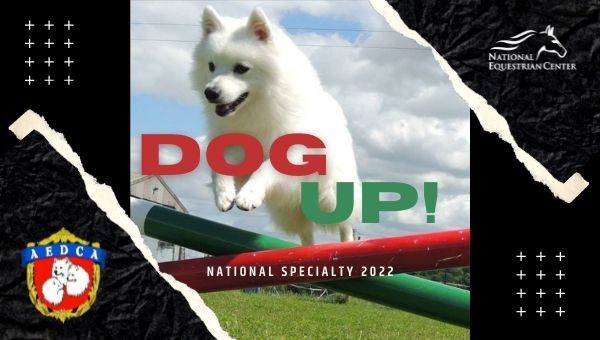 A German breed, the “Eskie”, as it has been nicknamed, is one of a number of Spitz breeds. The word “Spitz” is a German word translated as “sharp point”. These dogs were referred to as Spitz because, when alerted, their ears would quickly come to a sharp point. Like other Nordic breeds, Eskie’s have wedge-shaped heads, double weather resistant coats, and well-plumed tails and were originally purposed as assistants to humankind. They have served as herders, hunters, haulers, guardians and devoted companions, though this certainly is not a complete list of their service skills.

The Spitz’s historical association with the circus began in Germany; however, history shows this breed was not used with any greater frequency than any others. Gypsies were often noted to have Spitz traveling with them, serving to readily warn of approaching strangers. Since the breed was easily trained, eye catching and intelligent, the gypsies would train the dogs to do tricks, inviting audiences to come be entertained for a fee of course.

In the 1920s, a story circulated about P.T. Barnum and Bailey circus using in one of its circus acts a Spitz  named “Bido”. In fact, “Bido” – a dog from the Midwest – can be found in old Eskie pedigrees of that time, and he was said to be the only dog trained to walk a tightrope; however, there is no documentation of the actual dog performing.

For more information about Eskies, visit the AEDCA website or speak to one of the officials at the agility trial at NEC.

We Are Proud to Partner With:

For sponsor marketing opportunities contact the National Equestrian Center at info@necstl.com or 636-561-8080